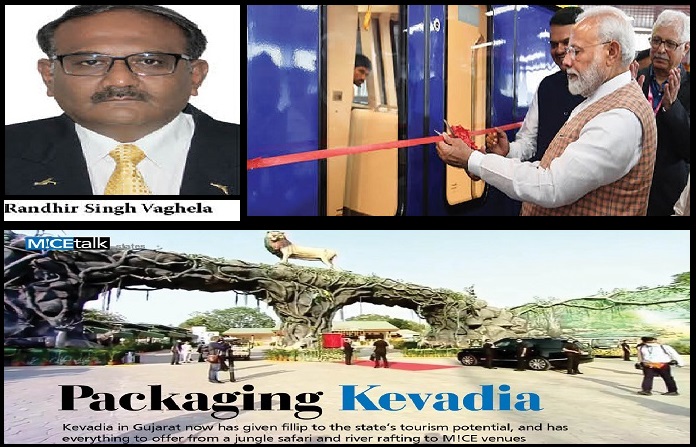 Kevadia in Gujarat now has given fillip to the state’s tourism potential, and has severything to offer from a jungle safari and river rafting to M!CE venues

When Prime Minister Modi stayed a night in Kevadia recently and tweeted about it saying it’s ‘a must visit’, it was evident that this destination was about to become the next big thing India had to offer. While there, the PM inaugurated various development works, including facilities for jetty and boating.

He also launched eight train routes connecting Kevadia to other parts of India, via video-conferencing.

Sharing his view on how Kevadia has managed to package a complete tourism product, Randhir Singh Vaghela, IATO Chairman (Gujarat Chapter), says, “With the eight train routes connecting Statue of Unity to the rest of the country, it has made it so easy to package it and create itineraries around this destination.

Of special mention is the Vistadome coach on Jan Shatabdi that connects Kevadia to Ahmedabad. It is a truly unique experience and also has very convenient timings.”

He adds that the Statue of Unity has by itself become a great destination for tourism. The seaplane launched on October 31 added another feather to Kevadia’s cap.

“Believe me, there are so many activities added around the Statue of Unity that it is now a minimum two-night destination and we are hoping that it will soon become one of the global destinations that every tourist would like to visit,” Vaghela adds.

Kevadia is also registered as the country’s first green railhead with a green building certification. With the new trains – that are existing routes extended to Kevadia – Vaghela says that it has become easy to create itineraries for all budgets. “Those who can’t afford a car or a flight can now use the trains. Everybody can visit Kevadia now. It has given a 100 per cent boost to tourism. All the new activities are on right now while observing all health and safety protocols. There is a jungle safari, river rafting, an auditorium for M!CE and events, plus two hotels and two Tent Cities for accommodation,”he shares.

Vaghela, along with other travel agents, was invited by Gujarat Tourism to visit the Statue of Unity for a familiarisation tour and experience of the activities in September 2020. “We have already sold a lot of packages. I feel Kevadia can be a great tourismdestination not just for Gujarat and the rest of India but worldwide, as our PM is the biggest tourism ambassador for us,” Vaghela adds.

QUICK BYTE There is an auditorium for M!CE and events, plus two hotels and two Tent Cities 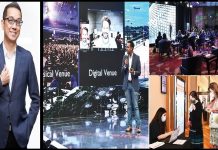 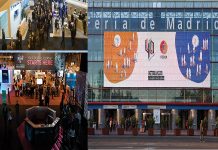 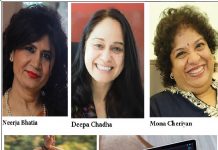 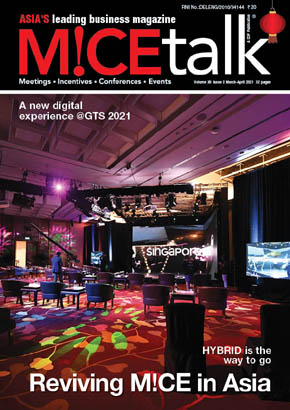 Weddings are fun with hukumkaro 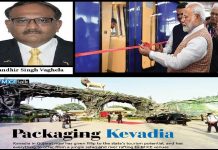 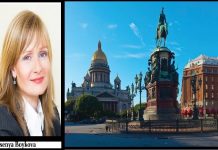 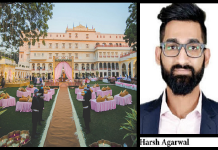