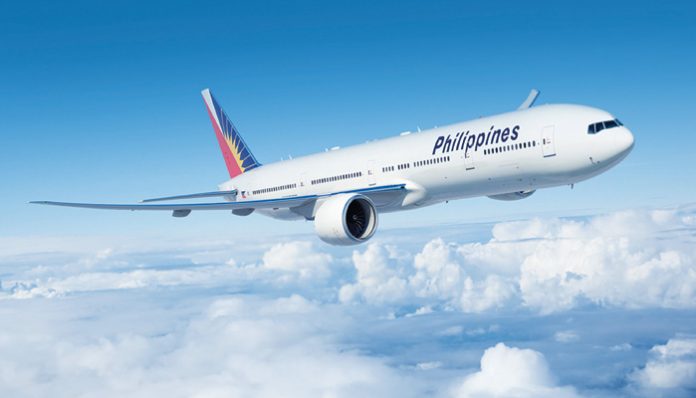 Currently engaged in fleet expansion, the airline aims to be ranked as a 5-star airline by Skytrax by 2020 and is improving flight experience for this. PAL is the only airline in the Philippines that offers business class service which caters to high-end MICE and business travellers alike. In 2016, the Philippines received a record arrival of 90,000 Indian tourists, registering a 21 per cent growth over 2015. During January-February, 2017, the destination registered 27.99 per cent growth over the same period in 2016. The destination is aiming to cross the one million mark from India. Ryan Uy, believes that once PAL enters the Indian market with a direct flight, this growth will be further stimulated.

PAL FOR FLEET EXPANSION
He elaborates, “We are assessing the possibility of Philippine Airlines entering the Indian market again. We are receiving a brand new aircraft that can ably serve the Indian market and once it is delivered, we are hopeful that we will enter the Indian market next year. The Philippines witnessed a double digit growth in the last five years in Indian arrivals to the destination and we are hoping to welcome 125,000 Indians in 2017. In 2016, the record arrival of 90,000 Indian tourists to the destination means on an average 246 passengers per day, which is a great figure for us.” Uy informed that last year, the airline embarked on a 5-star in five years programme. He explains, “We are reflecting on and improving our service and are hoping that this year we will receive the 4-star ranking from Skytrax. We look forward to Philippine Airlines becoming a 5-star airline by 2020. We have invested a lot in terms of our fleet. We ordered six brand new A350, A321neo, both long range and are receiving two brand new 777 by the end of this year, taking the total number of wide body aircrafts to 31. The average age of the fleet is only four years which is one of the youngest in Asia.”

GEARED FOR MICE
The airline is targeting both leisure and business travellers from India. Currently, PAL does not operate any codeshare flights but is considering approaching India’s national carrier —Air India and other Indian carriers for strong partnership and collaboration. Its transit hubs at Bangkok and Singapore have seen maximum load factor as the airline has more frequencies from these hubs and these transit hubs also offer attractive two country travel option to Indian travellers. He says, “The new aircraft that we have ordered the, A321neo, long range will have a flat bed, business class seats that will easily cater to the high-end MICE market. Currently, since we are offline we are offering the Asian gateways that we do serve, Bangkok, Singapore, Hong Kong and by June we will begin operations to Kuala Lumpur daily. Those flights do have business class seats. We are the only airlines in the Philippines that offer a business class service. So, in terms of exploring the Philippines both for MICE and high-end traffic, we have the right product for each market segment.”

DOMESTIC FLIGHTS
Talking about the carrier’s service on the domestic Philippines routes, he adds, “The highest seat-load factor that we have is for the domestic destinations, which is around 80 per cent and up. We do have a wide-bodied aircraft and can easily use it when there is a high demand. For a demand for MICE, we currently have A330 and 777 and next year we will be receiving our brand new A350, wide-bodied aircraft,” he says. “We do have the facility to up-gage or down-gage an aircraft whenever its needed. The city that gets maximum number of flights is Cebu. Cebu is the secondary major city of the Philippines. There are a lot of frequencies between Cebu and Manila.” As far as the prospective direct flight is concerned, the airline is seriously looking at Delhi and is aware of the attractiveness of Mumbai. Depending on the result of their study, numbers, sustainability, the final decision will be taken as to which city will be more profitable to start operations from when the airline enters the Indian market. He concludes, “Philippines not only caters to leisure travellers, but, also to business travellers, and for MICE. Some of the most popular cities that Indians travel to include Manila, which is the gateway for the Philippines, followed by Cebu. Other popular cities, that are beautiful and world renowned, are Boracay and Palawan. Boracay is exotic with its fine sand, clear blue waters, while Palawan, offers travellers to witness the unique underground river.” 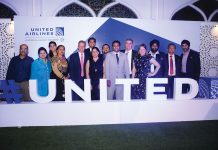 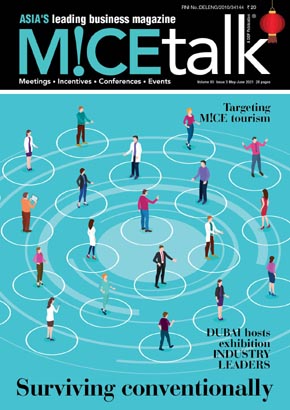 Connecting with the global market

Make your business events a SUCCESS IN THAILAND 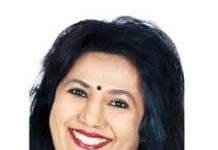 Connecting with the global market

We have already reached out to some of the corporates to gauge their readiness to... 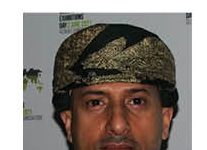 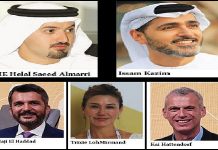 Revival on the cards 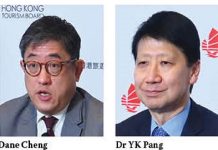 The Hong Kong Tourism Board (HKTB) is getting ready to step up promotions and hopes...